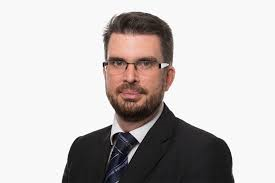 The prices that people typically pay for things they buy has increased by around 3% in the past year, and unfortunately that is expected to rise again through the winter and peak at around 5% next spring.

Through the Coronavirus pandemic people have directed their spending towards buying goods rather than services – this has led to strong demand for products that are often shipped around the world.

And that has led to supply bottlenecks developing – for example, there’s a severe shortage of semi-conductors used in car manufacturing – leaving businesses waiting longer and paying more for the things they need.

They are also facing higher gas, oil and electricity prices too.

That has all be feeding through to households who are experiencing a squeeze on their real incomes as a result.

But energy prices should fall, and many of the bottlenecks and shortages we are seeing should start to ease.

What will happen to energy prices is very uncertain – for instance, they might fall back more quickly than we think.

In fact, gas prices have already fallen since our last forecast was published last week in our latest quarterly Monetary Policy Report.

Another area of uncertainty is the jobs market.

With the help of the furlough scheme, which closed at the end of September, the increase in unemployment since the pandemic began has been relatively small.

So we don’t expect unemployment to pick-up much following the closure of the furlough scheme, but we don’t yet have the data from the Office for National Statistics, so we can’t be sure.

Given the high levels of uncertainty, particularly around the jobs market, a majority of the Bank’s Monetary Policy Committee (MPC) voted to keep Bank Rate at the record low of 0.1% last week.

Low interest rates and the expansion of our quantitative easing programme have provided important support for the UK economy over the past 18 months.

But the Bank of England is tasked with keeping prices stable and returning inflation back to our 2% inflation target in a sustainable way in the medium term.

In order to do that, it’s likely that the economy is likely to need a bit less support and there will be a need for a modest increase in the Bank Rate over the coming months.

Without that, we could find that inflation remains higher for longer.

With the help of our contacts here in Wales we will continue to ensure that the MPC has all the information needed to make policy decisions in the best interests of the economy and for the benefit of the people of the UK.