Partner Insight: Bank of England committed to getting inflation back to 2% – no ifs, no buts 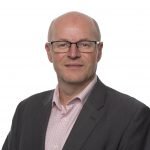 The rate of inflation – the speed at which consumer prices are rising – was 9.4% in June, well above the 2% target the Government has set for the Bank of England. The Bank expects inflation to peak at just over 13% later this year and to remain very high during most of 2023.

The biggest reason for this is higher energy prices, especially wholesale gas prices. Those have more than doubled over the past 3 months, due to Russia restricting supplies to Europe. This will feed through to higher energy prices for companies and households in the coming months, with another significant increase in the energy price cap expected in October.

The prices of goods bought from overseas have also risen.  This is because consumer demand for goods increased during the pandemic and, at the same time, supply chain problems made it more expensive for companies to import goods.

Alongside these global events, changes in the UK economy are also pushing inflation higher. Unemployment is low and fewer people are looking for work compared to before the pandemic.

Something I hear regularly from businesses I speak to here in Wales is that they are having to increase wages because they are struggling to find and hold on to enough employees.

Companies are increasing the prices of the goods and services they sell to help them cover all of these higher costs.

As wages are not increasing by as much as inflation, spending power is falling. And this will lead to a slowing in growth in the UK economy.

The Bank’s Monetary Policy Committee (MPC) expects the UK economy to go into recession – meaning the economy will fall in size – from late 2022 for a little over a year. And GDP growth is expected to remain weak for some time after.

The MPC expects inflation to start to decline from next year, assuming that energy costs don’t rise further still, and that high prices don’t set off a cycle of wage and price increases that cause inflation to become more persistent.

The MPC knows the sharp increases in the cost of living are very difficult for many people, especially the less well off.

Again, this is a message I hear clearly from members of the public at our Citizens’ Panels and in discussions with charity contacts here in Wales.

But the fall in living standards would be worse still, if inflation becomes more persistent, and stays high for even longer.

That is why the MPC took strong action at their recent meeting, increasing interest rates from 1.25% to 1.75%. This will help to bring inflation back to the 2% target and reduce the risk it could become more persistent.

As always, the MPC will continue to make interest rate decisions each time they meet depending on how the economy and inflation are evolving. And they are determined to bring inflation back to target.

In the words of the Bank’s Governor, Andrew Bailey, “there are no ifs or buts in our commitment to the 2% inflation target. That’s our job, and that’s what we will do.”

As well as controlling inflation, the Bank of England plays an important role in issuing banknotes. Here, a significant milestone is approaching. After 30 September 2022, paper banknotes will stop being accepted as legal tender. Although the Bank now issues polymer versions of each denomination of banknote (£5, £10, £20, £50), some paper £20 and £50 notes remain in circulation, so we encourage people to use these, or deposit them at their banks and participating Post Offices. Scottish paper £20 and £50 notes issued by Clydesdale Bank, Royal Bank of Scotland and Bank of Scotland will also be withdrawn after 30 September 2022.