Cyberattacks are in the headlines once again. This year Ukraine has suffered a number of cyberattacks which its government says are on a completely different level to anything they have seen before. For example, the websites of several Ukrainian banks and government departments were hit by a distributed denial of service (DDoS) attack (which is designed to overwhelm a server or network until it crashes and goes offline) and at the same time, a new “wiper” attack (which destroys the data on infected machines) was discovered being used against Ukrainian organisations.

Many organisations across the world have also fallen victim to cyberattacks. Cyberattacks have the potential to cause huge disruption for organisations and may prevent them from carrying out their contractual obligations. In such circumstances, the affected party may seek to rely on force majeure provisions (if any) contained in their contract, to avoid any liability for non-performance of their obligations.

What is force majeure?

Force majeure is a clause often found within commercial contracts. If an event beyond the affected party’s reasonable control occurs, the affected party may be able to rely on force majeure to be excused from, or suspend performance of some or all of their obligations under the contract. Usually after a period of time, the other party will be permitted to terminate the contract if performance of the obligations have not resumed.

A recent example of where the force majeure clause has been relied upon in the event of a cyberattack, is when two oil storage and trading companies, Oiltanking Deutschland GmbH and Mabanaft Group, were hit by cyberattacks on their IT systems earlier this year. The disruption was significant, and the attack shut down Oiltanking’s loading and unloading operations, which are reliant on computerised systems. Both companies declared force majeure for the majority of their inland supply activities in Germany.

We recommend organisations consider the scope of their force majeure clauses and if in any doubt, we would suggest seeking legal advice. 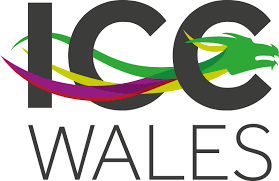