Zedonks, horrible hybrids and the role of the office in the future of work 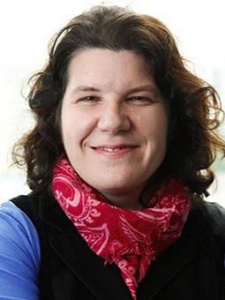 As we emerge from this pandemic induced global remote working experiment, we have learned a number of lessons. We’ve discovered that work can be productive away from the four walls of an office, that long-term home working can have its perks and challenges and that we miss seeing our colleagues IRL (in real life). The pandemic has normalised home working and taken away the perception that it is ‘shirking from home’.

As restrictions have been lifted, more choices over how and when we work have started to open up. There is much talk of flexible, agile, smart, hybrid, or digital working but few details emerging as to how companies are going to implement these strategies. We have certain companies (many in financial services) announcing a mass return to the office, whilst others have left it to employees to decide how and where they want to work.

‘Hybrid’ is seemingly the most popular option emerging. But what exactly is hybrid?

Much of the discussion seems to be around how many days people should be in offices vs. remote. Previously, ‘flexible’ working practices have often locked people into a certain number of days per week in an office vs. remote. While this might make things easier for contractual purposes, it ends up enforcing a certain pattern of working. So, not actually very flexible after all. And it’s also NOT hybrid.

Hybrid is much more than flexible working. My favourite hybrid – the zedonk, a charming and rare mash up of a donkey and a zebra – rarely spends it’s time considering which days it’ll be a zebra, and which days a donkey, because it is an entirely different breed. Similarly, hybrid work is a different breed of working. Pure hybrid models disconnect the work from place and time. They should take the best bits of physical and remote working and make us think how to make work work better.

For a start, the common ground in a hybrid model is not the office…it is digital.

This does not mean the office is redundant. Work may have left the building, but the office still has a significant role to play. The big question to answer in a hybrid model is “what is it for?”

Pre-pandemic, we were already seeing the reinvention of office spaces as collaboration tools; places to communicate and socialise about work while building a sense of identity and community rather than places for ‘heads down’ work. This means that office spaces change from being about desk occupancy, to being about people and activities. Concentrated work might be best done at home, or in co-working hubs, than in busy and distracting central offices. Video meetings on the move need easy ‘drop in’ spaces which are private, well-lit and connected – which might even regenerate the need for phone boxes in key locations!

With desk occupancy less relevant, the coordination of spaces and teams, as well as capacity management, is crucial. There’s nothing worse than being in an office only to find yourself alone in a crowd, and with no space to do what you made the effort to come in for. Smart offices which use data from the network, cameras, sensors, and footfall monitors along with presence, space availability, workflow and calendar information can enable teams to effectively orchestrate and co-ordinate work and workspace.

But, although digital technologies such as cloud, connectivity and collaboration underpin the hybrid model, it isn’t all about the tech. Culture plays a major part in the hybrid workplace.

For a start, leaders must be careful not to operate in ‘out of sight, out of mind’ mode (also known as ‘proximity bias’). Nor should they assume that the most committed employees are in the office. In fact, some of the most committed employees may struggle to be in an office every day; pre-pandemic studies revealed that despite working longer hours, remote employees are often overlooked for bonuses and promotion opportunities. It’s true that, even if bosses are working away from the office, the actions of those who are in the office are likely to be visible to others. In contrast, no one sees commitment and long hours outside the office. This underlines the importance of defining outcomes and making invisible work visible in hybrid organisations. This often means that organisations move towards a much more formalised, asynchronous, written way of working, rather than one which exclusively relies on synchronous meetings and serendipitous informal conversations.

Ultimately, bosses need to focus on people and work, rather than ‘running an office’. They need to be able to articulate a strong sense of identity and purpose and have an inclusive, digital first mindset. Given not everyone is in the office, they also need to be able to tell stories that bring organisational culture and behaviours to life and make sure that everyone is included in the conversation.

Numerous pieces of recent research have shown that around 70 percent of those who were able to work remotely would like to continue to do it at least some of the time. It’s choice and autonomy that is important to employees. Flexibility had been emerging as a way of attracting and retaining people prior to the pandemic, but it’s increasingly being viewed as a prerequisite rather than a perk, with many quitting if they can’t get it.

The future of work isn’t set in stone. There isn’t one way of working that suits everyone in every organisation. In this transition period there is a golden opportunity to experiment and learn. We may not get things right instantly. There are likely to be many horrible hybrids rearing their heads but, rather than just reverting back to (sometimes toxic) pre-pandemic work practices, we need to learn and innovate. In that way we can look at reinventing work to benefit people, productivity, and the planet.

Saddle up the zedonk, it may be a bumpy ride!

Find out more about how BT can help you prepare for hybrid working by visiting the website.