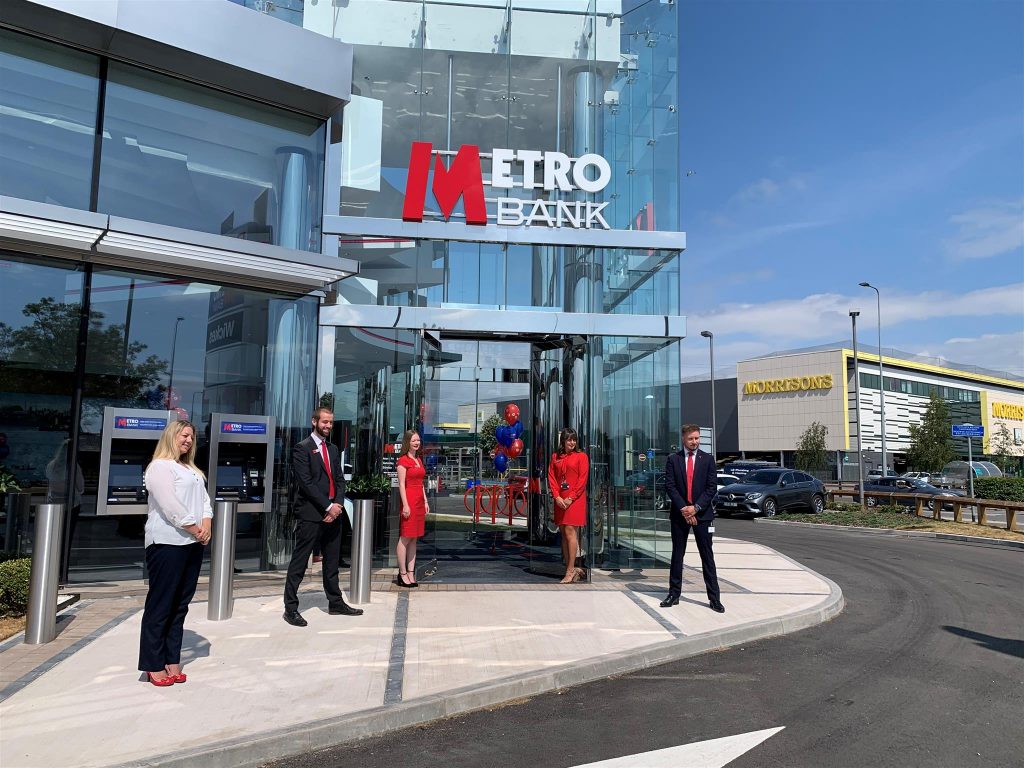 Metro Bank offers customers the choice to bank however, whenever and wherever they choose – whether that’s face-to-face banking in store, on the phone, online or via its mobile app.

Ian Walters, Managing Director, Distribution at Metro Bank said: “We’re delighted to be opening our second store in Wales and supporting the local community with their banking needs and beyond. We’re sorry the store has opened a little later than first planned, but we’re pleased to be opening the doors safely and providing contact-free banking with our new drive-thru service in Cardiff.”

The first of Metro Bank’s Welsh stores opened in January, and saw the bank commit to providing services in the Welsh language by developing its own Welsh Language Charter including store signage in both Welsh and English. Metro Bank continues to provide the opportunity for all colleagues to learn the language, and as they develop their skills. Welsh speaking customers will be able to easily identify fluent Welsh speakers and learners in store as they will be wearing the Iaith Gwaith logo. John Lloyd-Jones, the store’s Local Director, is a fluent Welsh speaker.

“Metro Bank’s expansion into Wales is good for Welsh businesses, and we want to congratulate the bank as they open a second branch in Cardiff.

“It is especially good to see its’ ability in adapting to the current crisis by implementing strict social distancing policies which help to protect staff and customers, as well as its innovation in including a drive-thru service which will enable contact-free banking, while providing a key, accessible service.”

The store will have around 3,000 safe deposit boxes available, which are already open for reservations, and local companies will benefit from a Local Business Manager ready to help them run and grow their businesses.