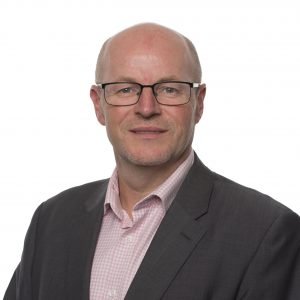 The Bank of England has published its December Financial Stability Report (FSR), in which the Bank’s Financial Policy Committee (FPC) sets out its current assessment of the UK financial system.

The December report highlighted that the outlook for economic growth and unemployment has worsened since our July FSR, and household incomes are being squeezed by rapidly rising prices.  To get inflation down, central banks around the world, including the Bank of England, have been increasing interest rates over the past year, and further rises are expected.  This means that, as well as a cost of living squeeze associated with higher energy and food costs, households and businesses are facing increased borrowing costs, which makes it harder for them to repay their debts and means they will have less money left over to spend on other things.  There have also been large and rapid movements in financial market asset prices due to the worsening global economic outlook and geo-political risks (including further potential developments associated with Russia’s invasion of Ukraine) which have added to uncertainty.

We have been picking up a lot of concern around the cost of living squeeze and economic uncertainty over the past few months, during both our meetings with businesses and through our engagement with members of the public who attended a Citizens Panel held in Cardiff.

Financial pressures on UK households are expected to increase further.  For example, monthly mortgage payments for around 4 million owner-occupiers are expected to increase over the next year.  As a result, households may also find it harder to repay other loans or credit card debt.  In response to these pressures, households may adjust their spending habits by more than currently expected, which will be painful for them, and could make the overall economic outlook worse.

The less gloomy news is that on some measures, households are better placed to manage these pressures relative to their positions going into previous major downturns. For example, the aggregate share of household income being spent on mortgage payments is much lower than before the global financial crisis. Unemployment is also still very low in historical terms, even though it is expected to increase.

As a whole, UK businesses have seen earnings rise and debts fall as the effects of the pandemic have eased.  But lower demand, higher costs, higher interest rates and supply chain problems could make it harder for some companies to repay their debts. These pressures are likely to continue to increase in 2023, especially for smaller companies that are less able to protect themselves from rising interest rates.

Although it is a challenging economic outlook, UK banks are in a strong position to withstand a downturn much worse than the one currently expected and continue to support creditworthy households and businesses.  The Bank of England regularly stress tests major UK banks to ensure they have sufficient financial ‘rainy day’ buffers, which they can use to absorb any large financial losses, while continuing to lend to households and businesses that are able to repay throughout the current downturn.

The FSR also discusses financial stability risks that the UK faced in autumn of this year from the wider financial services sector.  More business lending and other financial services now comes from financial institutions other than banks (non-banks).  Non-bank finance comes in various forms and very often operates from countries outside the UK.  Liability-driven investment (LDI) funds are one such example, which are used by UK pension funds.

At the end of September this year, rapid and large movements in market interest rates on UK government debt (bonds) exposed weaknesses in LDI funds, which threatened the stability of the UK financial system.  As a result, the Bank of England had to temporarily intervene in government bond markets so that the LDI funds could increase their resilience.  If the Bank had not acted, the market stress would have significantly affected the ability of households and businesses to access credit.

Some steps have been taken to increase the resilience of the non-bank financial sector but the Bank of England is doing further work (for example, scenario analysis of the sector) and the Financial Policy Committee have highlighted the urgent need for more action, including internationally, over the next year.

The Bank of England continues to be very much focused on hearing people’s views on the pressures facing different types of households and businesses through our regular company visits and Citizens Panels.