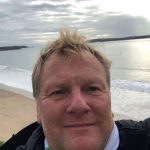 Cardiff businessman Tim Openshaw is into the last week of his round Wales coastal path charity walk. Since starting his walk on the 26th of September, in Chester, he has seen some fantastic Welsh scenery and experienced some of the worst Welsh weather! 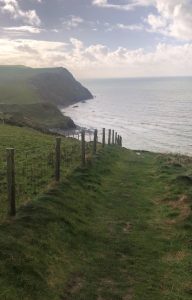 But it’s all been worthwhile. His aim was to raise £5,000 for Velindre Cancer Care Centre, in the name of the organisation he co-founded, St David’s World. He crossed that target in the first week of November and by now he’s edging up towards the £7,500 mark. That is a fantastic achievement!

He’s heading towards his two million steps mark as well, averaging walking about 12 miles a day. The total walk is 872 miles. To give an idea of what that means, if Tim left Cardiff on a walk and reached Munich, he still wouldn’t have reached 872 miles! That puts it in to perspective.

Tim ends his walk in Chepstow on December the 1st, with a reception on the Severn Princess Ferry. Details of his arrival time will be on the St David’ World website and social media pages.

If you would like to support Tim’s walk by donating to Velindre, then you can do so through the Around Wales in 80 days Just Giving page.